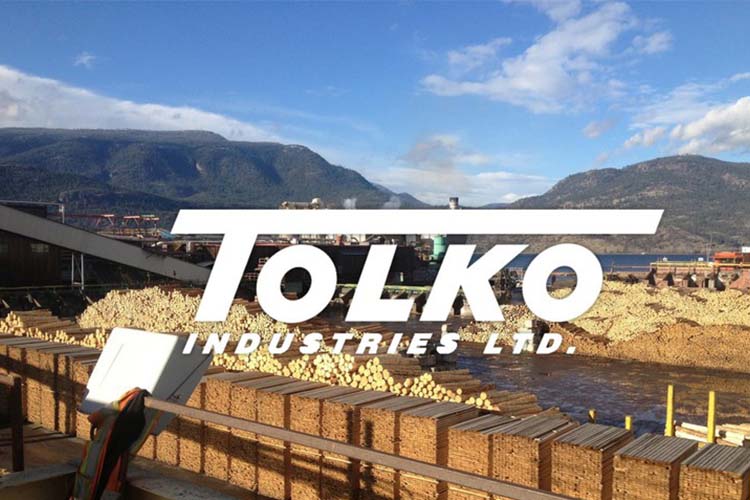 Founded in 1956, Tolko has grown from a small sawmill in Lavington, British Columbia, to a company diversified by geography and product. Tolko manufactures lumber, unbleached kraft papers, panel products, co-products, biomass power, and a growing number of specialty wood products in its operations across Western Canada.

In the early 2000s, the majority of Tolko’s lumber was sold in North America. Motivated by the U.S. anti-dumping ruling against Canadian softwood lumber, Tolko began searching for a partner to represent their interests in China.

After meeting with several potential partners, Tolko was ultimately persuaded by our vision of a true partnership. Our sales and marketing team would as an extension of Tolko, operating transparently — and to shared benefit — on their behalf in China. Our policy of strictly avoiding conflicts of interest and our incentive focused “we win/you win” philosophy, laid the groundwork for a relationship that has lasted nearly a decade.

Starting with relatively small volumes in 2006, our team in China has steadily increased sales. When the world’s economic downturn hit in 2008, Tolko’s lumber sales in China grew significantly. With a diversified sales portfolio, Tolko was in a far better position to weather economic volatility. Exports to China have since grown to be up to one-third of Tolko’s total production.

Our valued partnership with Tolko has moved them into an enviable position as one of the top lumber producers in the world, allowing them to maximize their returns by managing market dynamics between Canada, the U.S., China, and the rest of the world.

TAK has been an integral part in growing Tolko’s lumber market position in China. They are an excellent business partner with the ability to transcend cultural boundaries with high integrity and a keen market focus. By way of skillful business acumen and in-market presence with dedicated staff in China solely focused on our business, we could not be more pleased with the TAK-Tolko business partnership. Tolko has found a trusted partner that has brought exceptional results.

Need another of our other offices? Please check out our contact page.

Send Us a Message